DBN School, A Temple of Learning

The aim of running the Schools is to educate the children according to the modern standards of school education coupled with the best of Indian traditions. The admission to the Schools is open to all boys and girls. 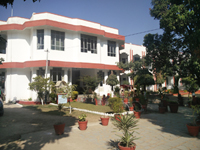 Awarded by the President of India, the institution has been winning the first or second prize in the all India group song competition organized by Bharat Vikash Parisad continuously. At national level competitions, our students have won the Gold, Silver & Bronze medals in Yoga, Fencing & Karate. In cricket, three students have played for the State in Ranji Trophy. One of our students has had the honor of singing at the closing of the Olympics in China. To create sensitivity among the students, we contribute for national and state level disasters. Once our efforts were highlighted in Zee News, for the highest contribution by any one school in India. 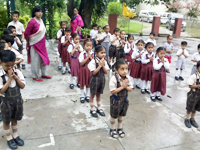 We have an NCC unit of 100 students and are affiliated with Bharat Scouts & Guides J & K Unit. In last several years, we have received many awards and recognitions. DBN Schools have been regularly participating in the state organised Independence Day and Republic Day celebrations. We have even participated in these activities during curfew hours, some of our students were injured in the explosion by terrorists at the time of address by the then Governor - Hon'ble Shri K. B. Krishana Rao at the MAM Stadium at the time of the Republic Day celebrations. This affirms our determination to serve our country and the valour of our student community.